From your perspective, having sailed a Garcia Exploration in ice condition, would you have any recommendation for us, in particular with regards to the boat equipment or preparation

I have sailed to Antarctica on two occasions; first on the Skip Novak’s original Pelagic, which we chartered with some friends, and later on my own Aventura III. Both were centreboarders, the former steel, the latter aluminium. As far your choice of boat is concerned I must say that you could not have picked a better boat to sail to Antarctica than the Exploration 45.

The risk of collision with loose ice is very low compared to the Northwest Passage so it shouldn’t be a major concern in an aluminium boat.

We did encounter icebergs, especially south of the Antarctic Circle, but they were all large icebergs that could be easily seen, or they showed up on radar. There are bergy bits and growlers floating about in the vicinity of the Antarctic Peninsula, but they don’t poise a major risk and are clearly visible bearing in mind that the days are very long and visibility is usually good. 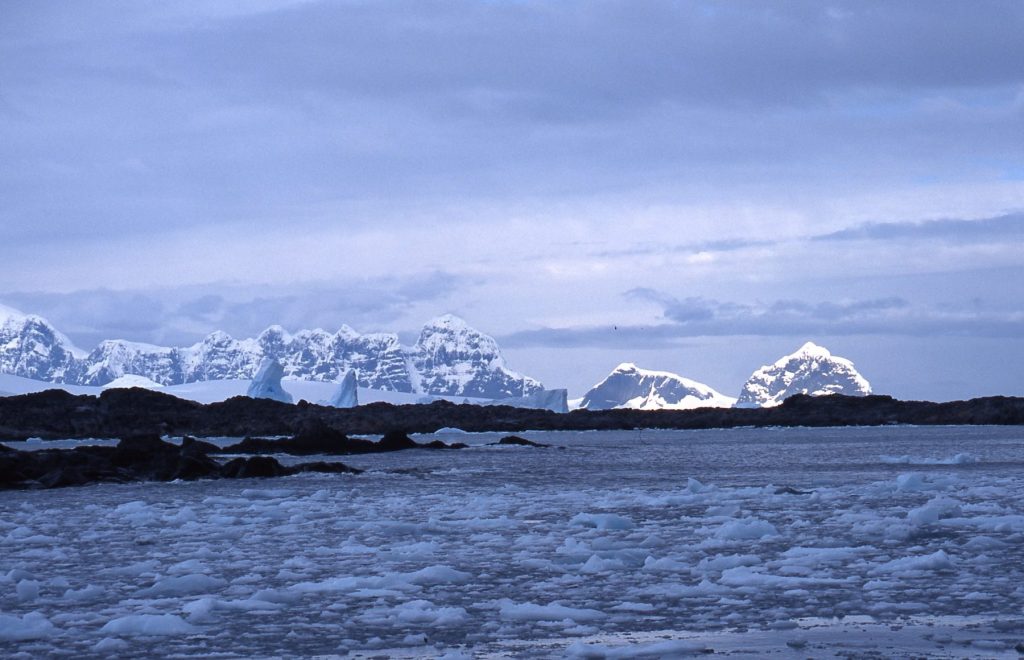 We did encounter large concentrations of ice and had to push our way through when we decided to sail Aventura III as far south as possible when we went to the Pitt Islands, a small archipelago off the Antarctic Peninsula. 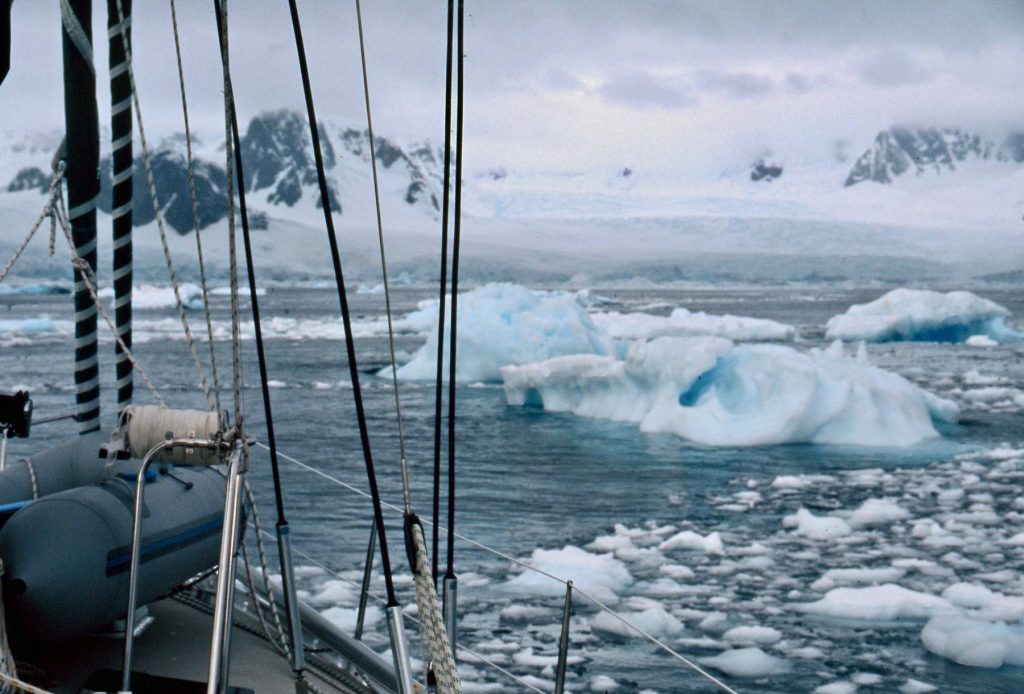 As we were quite late in the season we were actually frozen in one night but managed to break our way out the following morning. 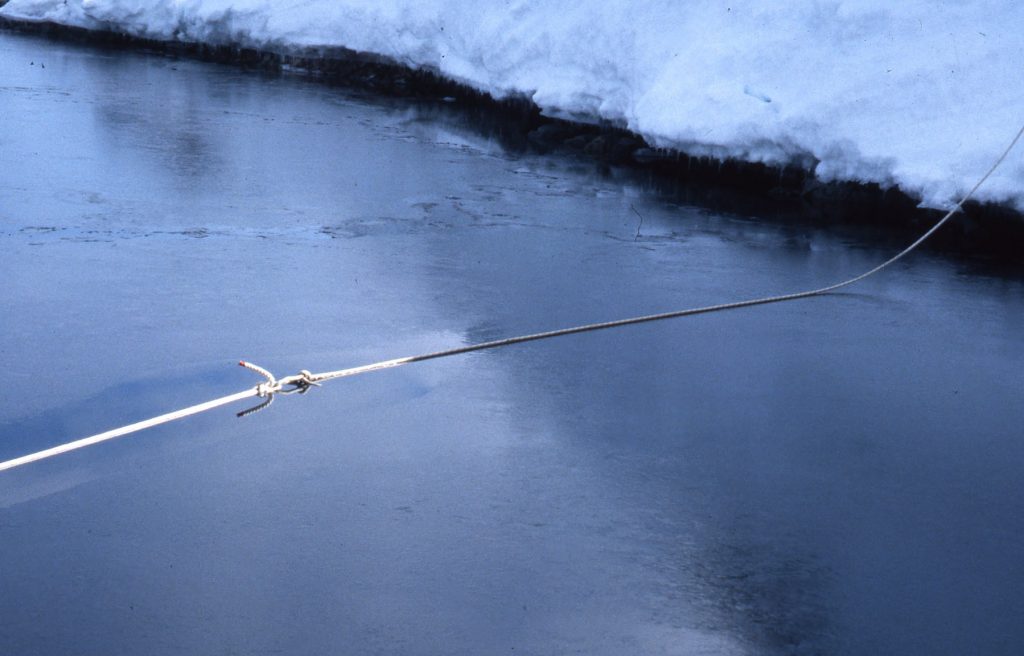 Concerning equipment, besides the standard equipment that probably you already have, forward looking sonar can be a great help when sailing in poorly charted waters or when choosing an anchorage.

What is also important is to have long mooring lines stowed on reels. 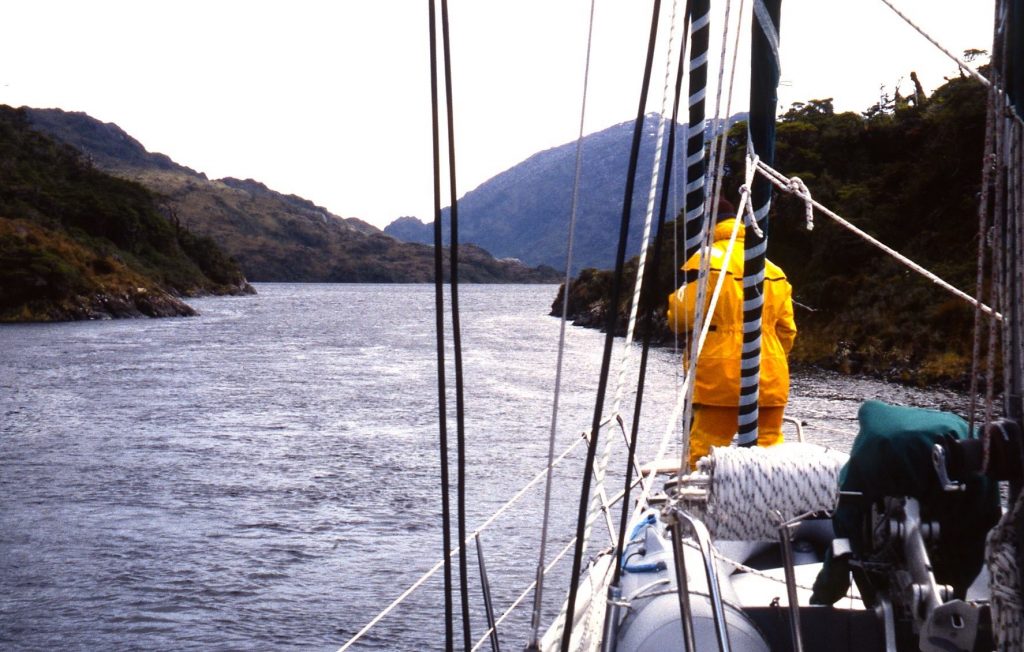 The lines should be floating lines (polypropylene) and fitted at the end with stainless steel cable strops so they can be placed over rocks, etc. A good anchor with all chain is very important. On Aventura III I used a tandem arrangement with a 10 kg grapnel anchor connected by 5 m of chain to the main anchor. This arrangement worked very well.

Mast steps are also good to have, as they help in spotting your way through the ice (or to avoid coral heads in a tropical lagoon).

Concerning the special permission to visit Antarctica that you need to obtain from your national authorities I know that this is no longer as easy as it was in the past.

Whether in Antarctica, Chagos or other such places where an official permit is required, it is always a good idea to have a purpose for your visit. Just stating that you intend to cruise in such an area may not be good enough. So it may help to be able to state that you are involved in some scientific research project and that your visit has a serious purpose.

Several features of the Exploration concept were inspired by my high latitude experiences… and my greatest regret is that I cannot sail to Antarctica on my own Exploration. After more than forty years of cruising, it is still my favourite destination!